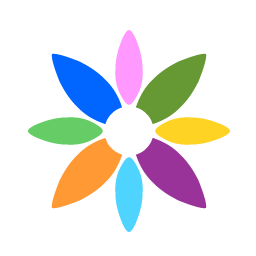 I can not wait! you two are both such wonderful beautiful people and I'm so happy you found eachother!

Beautiful! You guys are inspirational, I love you both and cant wait for the wedding! FAMILY!!!!!!

I love the story of your engagement -so romantic,so much fun. Yours is quite the love story.Being apart so much was not easy but you were both so comitted. I'm really looking forward to celebrating with you both in Cancun.

Great site. I espceially enjoyed the engagement video. Too many flashing lights. It caused a tear in my eye.

We are all looking forward to the wedding. It will be a very special day for two very beutiful people.

It is going to be a great party.

Cutest couple, cant wait for the wedding! I bet Dell was the creator of this website. :) Viva la Mexico, lets get crazy.

Love the site! Love the video! Can't wait for the wedding!

Congratulations on your wedsite! We are honored to be a part of your special day. Thank you for choosing wedsite.com to share your wedding plans and experiences with your friends and family.

We have placed a Group Block on a number of rooms at reduced rates for our guests! Please contact our travel agent Wendy Hicks to make arrangements for your stay at The Royal Cancun.

1) What nickname does Del have for Amelia?

2) What name have Del & Amelia picked for their first Puppy?

Quiz (How well do you know us?)

What nickname does Del have for Amelia?

What name have Del & Amelia picked for their first dog?

On Short notice Del asks if I could get a week off from work because he wanted to take a quick trip to Miami. Two days later here we are pulling up to NY’s JFK airport with my suitcase full of sundress’ and bathing suits. As we get out of the taxi I realize that the driver dropped us off in front of Air France’s Terminal and that we were in the international section of the Airport. Anxious not to miss our Florida flight I asked Del what was going on, and he casually turned to me and said “Air France Fly’s To Miami Now.” Not really sure of what is going on I pull out my Passport and we head to the check-in counter. I hand my passport over to the check-in attendant, and after a few seconds he looks up and says “are you checking any luggage for your trip to Paris this evening?”

So of course I was ecstatic and had my engagement suspicions, but after several days of waiting I began to let the idea go. I felt as if this beautful trip to one of the most romantic cities in the world would end without the proposal I was hoping for.

So the Friday comes along and he tells me we are going to a nice restaurant, which is really nothing out of the ordinary since Del is a big time foodie. What I did not know was that the restaurant turned out to be “Guy Savoy” one of the best restaurants in Paris, and at one point considered to be one of the top 10 restaurants in the world! After 14 courses and two bottles of wine, NOTHING!!! At this point I was at a complete loss for thought, how could this Man not have proposed? After exiting the restaurant about 11:30pm I made the suggestion of going to the Eiffel Tower since we hadn’t seen it at night yet, Del looks up and says, “ sure I think that would be a nice idea.” Little did I know that the suggestion I just made turned out to be Del’s plan all along! It turns out he knew that the City lights up the Eiffel Tower for just 5 minutes every evening at midnight with 20,000 white flashing lights. He perfectly timed the dinner to end at 11:30pm so that we would have just enough time to get to the Eiffel tower at Midnight to see it perform its magical dance.

As the clock struck 12, all the anticipation and the roller coaster of emotions from the airport and the several days after felt like a blur, because at that very moment he got on one knee and asked me to marry him!

And of course you all know the answer…. ;)

The short video to the left of this page shows us the moment we got engaged. :)

Well let's just say what happens in Vegas doesn't always stay there! For those of you who don't know, here is our story...

The two of us met in Las Vegas August 31, 2008 over Labor Day Weekend at the Hard Rock Hotel's Sunday Pool Party called "Rehab". Out of the 5,000+ people that atttended the pool party that day, and the milllions of people in Las Vegas that weekend celebrating the end of summer, fate somehow brought us together. From that moment on little did we know that our lives would be forever changed.

After 6 months and hundreds of hours of phone calls and SKYPE sessions or (Sucks. Knowing. Your. Physically. Elsewhere.) as we liked to call it we finally re-connected in Miami February 2009.

The things Del enjoy's most are traveling, good food, and great company.

Amelia was born on July 23, 1987 to Leonard Streilein and Susan Funk in Winnipeg, MB. She is the youngest of 3 children.

Studied Nursing at the University of Manitoba

Welcome to our wedsite! We created this space as a special way for friends and family to participate and celebrate with us - anytime, from anywhere. We hope you enjoy browsing these pages for photos and stories about us and our future plans.

You may scroll through the pictures by using the arrows on the lower right hand corner of each picture set page! And while you are here, please sign our guestbook!

The Bride
The Groom
Our Story
Proposal

Schedule Of Events
Registry
Quiz (How well do you know us?)
Quiz Answers
Travel Information

You are visitor number 7916 to our wedsite

Until the big day